7 Benefits of Taking a Magnesium Supplement 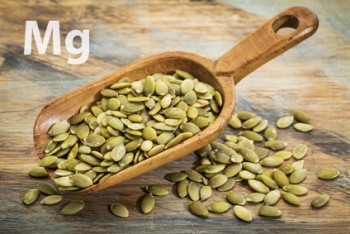 If someone was to ask you what is the one supplement you can take to improve your mood, lower your risk of heart attack, and help prevent osteoporosis, what would your response be?

Most people would not think of magnesium, but every organ in your body uses this essential mineral. To help you understand just how important this nutrient is for your health, we have compiled a list of seven major benefits you can expect from taking a high-quality magnesium supplement:

Well known fundamental research in the field of neurophysiology has discovered that magnesium plays a vital role in the production of serotonin, a neurotransmitter that is responsible for the regulation of mood. Clinical studies have found that deficiencies in magnesium cause a reduction in serotonin levels. When the brain does not have sufficient serotonin, the result is the onset of the symptoms of depression. In fact, a study published in 2009, which was conducted at a Texas research institute, found that magnesium supplements are as effective as serotonin selective reuptake inhibitors in the treatment of treatment-resistant depression1. Additionally, those with magnesium deficiency also tend to have issues with agitation, irritability, and anxiety. Typically, these symptoms dissipate when a magnesium supplement is taken.

2. Reduce your risk of asthma

Two large clinical studies found that both children and adults who have magnesium deficiencies have an increased risk of developing asthma. The study with children was conducted at the State University of Campinas Medical School in Brazil2 and the comprehensive literature review related to adults was conducted at the University of Alberta in Canada. While these studies emphasize the importance of having the daily recommended amount of magnesium to prevent asthma, the researchers also note that this study does not suggest that magnesium should be considered for treatment of the symptoms associated with asthma.

3. Lower your risk of heart attack

Magnesium is critical to healthy heart function as it helps regulate heart rhythm. Clinical research, as well as clinical practice, has demonstrated that intravenous magnesium can help the heart regain its rhythms during episodes of cardiac arrhythmia, which can lead to a heart attack. Based upon this evidence, cardiologists will often prescribe magnesium to their patients who have had congestive heart failure, since these people are more likely to have arrhythmias that lead to sudden and deadly heart attacks.

There is a great deal of anecdotal evidence that eating foods that are rich in magnesium, such as green vegetables and whole grains, is correlated with having a healthy blood pressure level. One large clinical study demonstrated that women who have a higher than average intake of magnesium are less likely to have issues with hypertension. Additionally, some studies suggest that a daily regime that includes magnesium supplements can help reduce high blood pressure.

As previously mentioned, the body requires magnesium to build bone tissue. Additionally, magnesium also regulates calcium and vitamin D, which are also crucial for healthy and h4 bones. A study in 2009 conducted in Turkey found that women who took magnesium supplements were less likely to experience the turnover in bone tissue that is associated with osteoporosis3.

Clinical studies conducted at Harvard Medical School also suggest that magnesium also regulates the levels of insulin and glucose in the blood. Preliminary studies suggest that people who have low levels of magnesium in their diets can reduce their risk of developing type 2 diabetes by eating more foods rich in magnesium or by taking magnesium supplements4.

7. Avoid the risk of stroke

A recent review of clinical studies conducted from the late 1990s to 2001 found that people who consume foods that are dense with magnesium had a lower risk of stroke as when compared to control groups. These studies are of particular importance since other variables, such as family history of stroke, smoking, body mass index, and diabetes, are controlled in the study so they have no influence on the study’s outcome. While these studies only considered people who had magnesium in their diets, further research is planned to see if taking magnesium supplements have the same effect5.

Are you getting enough magnesium?

While it is possible to get a sufficient amount of magnesium through your diet, the typical American does not have enough of green vegetables, whole grains, and nuts in their diet to ensure they have enough magnesium in their systems. Some of the symptoms of magnesium deficiency include agitation, anxiety, restless leg syndrome, irregular heart rhythms, nausea, mental confusion, insomnia, and, in severe cases, seizure.

Based upon your medical history, your doctor might recommend increasing your dietary intake of magnesium or starting a daily regime of magnesium supplements. Once your magnesium level has been elevated to its optimal range, you will start enjoying all the health benefits associated with it.