By: Greg Marshall |
Category: Other Nutrients 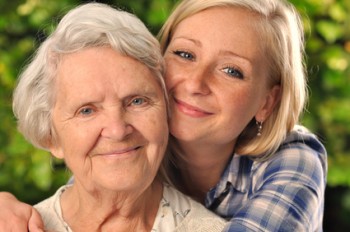 If you have reached middle age, you likely have experienced difficulty remembering recent events or found it almost impossible to recall the right word during a conversation. Other times you might have found it challenging to move as quickly as you did a few years ago. Most people laugh this off as just a normal aspect of growing older and there is research that supports this point of view. One study conducted at New York University found that declines in cognitive and motor function are a normal part of the aging process and not necessarily early signs of dementia or Alzheimer’s disease.1

Another study presented at Penn State University found that some of the easily signs of cognitive difficulties that start in middle age include difficulty remembering specific episodes, trouble with word recall, and taking longer to solve problems.2

The good news is that a new study published in the journal Age provides evidence that taking high doses of CoQ10 may prevent these effects.

How CoQ10 prevents cognitive and motor declines associated with aging

Research scientists at the University of North Texas Science Center used mice to investigate the effects of CoQ10 on cognitive ability and motor functioning by giving one group of mice a low dose of CoQ10 (0.72 milligrams) with their feed, and the other group – a high dose (28.1 milligrams). The geriatric mice, which were 17.5 months old, received this diet for 15 weeks. At the midpoint of the study, the mice were placed in a water maze.

The low-CoQ10 mice already showed deterioration in memory and motor abilities, while the high-CoQ10 mice actually performed better than they did at the beginning. The same differences in performance were also present at the end of the study. An analysis of the mice’s body chemistry showed that the high-CoQ10 rodents had significantly less free radical damage in their brains than the low-CoQ10 group. This preliminary evidence of the benefits of CoQ10 gives scientists a reason to investigate if they can replicate these benefits in people.3

Discover the many benefits of CoQ10

A CoQ10 fact sheet distributed by the University of Maryland Medical Center (UMMC) cites more than a dozen studies showing the benefits of CoQ10, such as preventing blood clots, regulation of blood sugar, and combating cell damage due to to aging. The recommended dose for CoQ10 is 30 mg to 200 mg per day, to be taken before going to bed, according to UMMC.4

If you would like to remain healthy, sharp, and active as you age, consider adding a CoQ10 supplement to your daily regimen.