Blog Home » Omega-3 Benefits » DHA from Algae: A Great Source of Omega-3 for Vegetarians and Vegans

DHA from Algae: A Great Source of Omega-3 for Vegetarians and Vegans 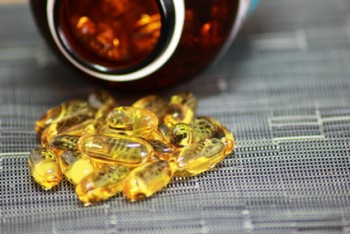 There are many types of omega-3 fatty acids, but experts agree that Docosahexaenoic acid (DHA) is the most important of them all. DHA plays a critical role for the proper development and function of the human brain. So critical, in fact, that NASA scientists searched high and low for a nutrient-rich source of DHA to make it easy to send into outer space to keep the astronauts’ brains functioning on all cylinders.

One important source of DHA is oily cold water fish such as salmon, mackerel and tuna. Other popular sources are smaller sea species such as krill and squid. But the NASA nutritionists went even further down the food chain and settled on marine algae, which has one of the highest concentrations of DHA.

The unique thing about marine algae is that it boosts a factor called the omega-3 index by 75%1. This is a measure of the total DHA plus another important omega-3 fatty acid, eicosapentaenoic (EPA) contained in red blood cells (RBCs). An omega-3 index of 8% or higher is good for you, while an index of 4% lower is bad for you.

What are the benefits of DHA?

DHA has three important activities in the brain:

As we age, DHA levels drop off, especially in an important region of the brain known as the hippocampus, so named because of its resemblance to a seahorse. This part of the brain is important in retaining memories and in spatial navigation.

How much DHA do you need?

Scientists in Munich, Germany, concluded from a series of experiments conducted that eight weeks of daily supplementation with 940 mg of DHA derived from algae was sufficient to achieve the ideal omega-3 index of 8% or better in previously DHA-deficient individuals5. Vegetarians are particularly at risk for DHA insufficiency owing to the lack of oily fish in their diet. For this group, and others who do not eat seafood on a daily basis, an Algae DHA supplement is an ideal solution to ensuring healthy brain function.

2Bazan NG, “The onset of brain injury and neurodegeneration triggers the synthesis of docosanoid neuroprotective signalling,” Cellular and Molecular Neurobiology. 2006.