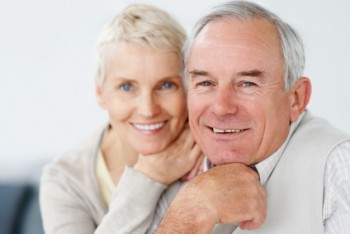 As if getting the right ratio of omega-3 to omega-6 ratio fatty acids wasn’t confusing enough for most of us, a team of researchers in Newcastle, Australia1, are now telling us that women should be taking a different form of omega-3 from men.

It’s enough to make you long for the days when we were told that polyunsaturated fats were healthier than saturated fats and all we had to do was to switch from butter to margarine!

The omega fatty acids are a subgroup of a kind of fat called triglycerides. You will have heard of triglycerides because your doctor will, at some point in your life, test these along with your cholesterol levels. There are three types of omega fatty acids of interest, and only two that we need to worry about here; these are omega-3 and omega-6 fatty acids (FFAs). Both of these have double bonds in their chemical structures and the -3 and -6 tells us where the double bond is placed in a particular molecule.

Where you and I become concerned about the location of this double bond is when we get up in the morning and decide what we are going to eat for the rest of the day. Although the fact that we are eating omega-anything is good news, because it is unsaturated, good, happy fat, it turns out we need to have the correct ratio of omega-3 to omega-6 FFAs.

Consensus is growing that modern westerners eat too high a ratio of omega-6 to omega-3, approximately 15/1 to 16.7/1 if you want to be really precise. Unfortunately, humans evolved to consume a perfect 1 to 1 ratio of each. The bottom line? We need more omega-3, lots more.

This excessively high ratio of omega-6 to omega-3 has been implicated in the pathogenesis of a lot of conditions that plague modern western life, namely:

These are huge problems today and responsible for a lot of misery and downtime at work. This is easily corrected but you need to know your 6’s from your 3’s. Foods that we thought were “safe” because they contain unsaturated turn out to have dangerously high amounts of omega-6. These are things we take for granted like corn oil (46:1 omega-3:omega-6), soybean (7:1), canola oil (2:1); even olive oil can be bad with a ratio of anywhere between 3 to 1 and 13 to 1! Don’t even bother with peanut, sunflower or grape seed oils with no omega-3 whatsoever.

The best dietary sources of omega-3s are oily fish like mackerel, salmon, tuna, halibut and sardines. Try to eat two to three portions of these each week. Good plant sources of omega-3s are flax seed (replace 1.5 cups of ground flaxseed for 0.5 cup of butter or margarine when baking). Note that flaxseed can make baked goods brown faster. These may be ground at home using a blender, coffee grinder or food processor or you can buy them pre-ground at a health food store.

News just in – men and women are different

BUT, for the purposes of preventing blood clots, which can lead to heart attack or stroke, the researchers in Australia found that there were differences between men and women as to which omega-3 was more suitable. Women supplemented with Docosahexaenoic acid (DHA) had 18% reduced clot formation; whereas a similar reduction in men was achieved only when they were supplemented with Eicosapentaenoic acid (EPA).

What are we going to do about this?

The good news is, more research is needed to confirm these observations before we all go off the rails and start plotting new diets and drafting our wills. In the meantime, we need to work on eating more omega-3s and fewer omega-6s. Where these results really matter is when selecting supplements. Women should use omega-3 supplements more DHA , while men should focus on supplements with more EPA.

2Simopoulos AP, “The importance of the ratio of omega-6/omega-3 essential fatty acids.” Biomedicine and Pharmacotherapy 2002.