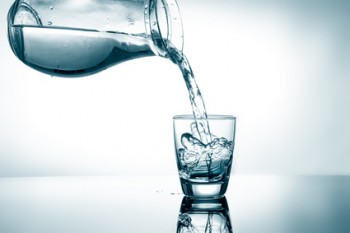 Being dehydrated by as little as 2% slows down the brain in tasks that need our attention1. These include immediate short-term memory and psychomotor function (movement related to mental activity). Researchers in London have studied the effects of drinking water prior to performing a battery of tests and found that responding to feelings of thirst by taking a drink of water can improve our brain’s mental performance.

Dr Caroline J. Edmonds and colleagues at the universities of East London and Westminster engaged 34 participants with an average age of 29 and asked them to take part in two simple experiments one week apart. In both experiments, the subjects were fasted overnight and allowed to eat a cereal bar prior to performing a series of mental tests. On one of these weeks, participants were asked to drink water in response to their level of thirst before being exposed to the tests. They found that, when the subjects were allowed to drink water before being tested, their reaction times were double what they were when they did not drink.

According to the Mayo Clinic, the symptoms of mild dehydration include:

A good indicator of your need for fluids is the color of your urine. In the morning, if you haven’t had anything to drink in a while, this will be anything from bright yellow to amber. This is a signal that you need to drink water, whether you are thirsty or not. If your urine is pale yellow or clear, you are sufficiently hydrated but should respond to thirst by drinking water.

Caffeine is a diuretic. This means that there is a net loss in hydration when we drink it and we need to drink more plain water to just to make up the fluid loss from consuming the hot beverages that get us moving in the morning. So, grabbing a cup of coffee and a doughnut as we rush out of the house is probably not the best start to the day if we expect to be productive.

1Adan A, “Cognitive performance and dehydration.” Journal of the American College of Nutrition. 2012.