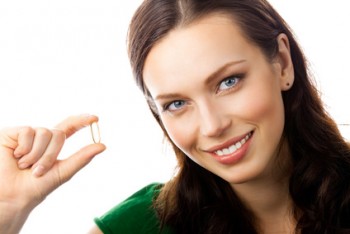 Omega-3 fatty acids are found in algae, plants, krill, squid, and fish. For many years, oil from cold water fish, such as mackerel, tuna, salmon, and sardines, has been the standard source of omega-3 found in supplements. Recently krill oil has gained popularity in the media with krill oil vendors claiming that their oil is superior to fish oil. Is there any truth to that? Read on to find out.

The different types of omega-3

The omega-3s in fish oil tend to be of the triglyceride variety whereas those in krill are present in phospholipid form. Three clinical trials have looked into the bioavailability of omega-3s from fish oil vs krill oil<sup<2. Two studies concluded that krill oil was slightly more bioavailable than fish oil. The third study found no meaningful difference between the two. The slight edge in the bioavailability category means that you need a slightly smaller amount of krill oil to achieve the same beneficial effect as you would by taking fish oil.

Krill oil capsules are smaller and easier to swallow

There are other factors to take into account. Some people are either allergic to fish or sensitive to the idea of consuming fish. Krill is an invertebrate. Krill oil capsules are also denser and smaller than fish oil capsules and therefore easier to swallow. This wouldn’t be an issue for most people, but may be an important consideration for small children and older people who have difficulty swallowing.

Which one should you take?

Omega-3 fatty acids are what are known as essential fatty acids (EFAs). This means they are essential for human health but cannot be manufactured in the body so must be taken in the diet or in the form of nutritional supplements. Omega-3s sourced from krill oil are more expensive than fish oil, marginally more bioavailable and have the advantage of being easier to swallow. Krill oil capsules may also be more appealing to those who, for whatever reason, don’t want to use fish oil.