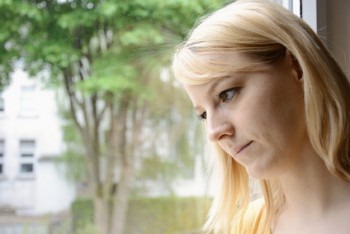 Today, depression affects one in ten adults in the United States. According to the World Health Organization, by the year 2020, Major Depressive Disorder (MDD) could be the Number Two cause of disability in the world. This is a particularly alarming statistic for Baby Boomers; according to the Centers for Disease Control and Prevention (CDC), adults between the ages of 45 and 65 years old are one of the high risk groups for major depression.

Folate (aka folic acid or vitamin B9) is a naturally occurring vitamin present in green vegetables, pulses, extracts of yeast or beef and some fruits. It is essential for normal fetal development of the neural tube. For this reason, it is incorporated into prenatal vitamin supplements. It is particularly important that pregnant women take this at least for the first 12 weeks of pregnancy to prevent neural tube defects such as spina bifida and anencephaly.

In adults, folate deficiency has been credited for causing or contributing to glossitis (inflammation or swelling of the tongue), diarrhea, confusion, anemia and depression. Alcohol consumption can contribute to the development of a folate deficiency.

Could folate be a natural alternative to conventional antidepressants?

Results from a clinical trial published in December 20121 showed that one form of the vitamin, L-methylfolate, showed improved efficacy over both conventional SSRIs and placebo. Several decades of research have shown that the neurotransmitter, serotonin, plays a critical role in the modulation of mood. Consequently, drugs that promote serotonin activity have evolved as the treatment of choice for patients suffering from depression. These include selective serotonin reuptake inhibitors (SSRIs). Unfortunately, a good 30% of people who take SSRIs for depression do not respond, leaving them feeling pretty hopeless. If folate, specifically in the form of L-methylfolate, can help SSRI non-responders feel better, this could revolutionize treatment for depression.

How does folate work?

Since folate-deficient individuals get depressed and folate supplementation is beneficial, logically, an interaction with serotonin pathways is implicated2. Folate participates in a series of metabolic reactions leading to the production of a molecule called S-adenosylmethionine (Everybody calls him SAM for short). SAM itself is an antidepressant and increases the level of 5-HIAA, a metabolite of serotonin, in the cerebrospinal fluid (CSF).

Does it have to be that form of folate, L-methylfolate?

Yes. This is the active form of the nutrient and is the only form capable of crossing the blood brain barrier (BBB). Basically, things that are soluble in fats and oils are more capable of getting past the BBB than things that dissolve in water-based solvents.

What does this mean for me?

If you are a woman, one approach would be to become pregnant and have your doctor prescribe a prenatal multivitamin that includes folate. For a lot of people, this is not a viable option. Another, more practical way of increasing folate is by incorporating folate-rich foods in your diet. Here, the body converts the stuff to the correct form so it can make its way across the BBB and into the brain. Finally, for those who never learned to appreciate the value of eating their greens or who have other reasons for not wishing to include folate in their diets, supplementation with L-methylfolate is the best alternative.

2Young, Simon. “Folate and depression.” Journal of Psychiatry and Neuroscience. 2007.