Grapeseed Oil – Glamorous and Good for Your Heart, Kidneys and Liver 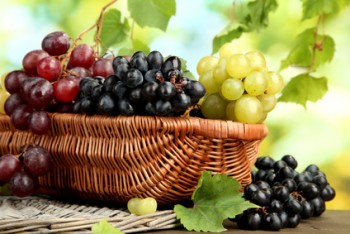 Once the sole preserve of the aromatherapists, grapeseed oil is now taking over our kitchens, and not a moment too soon, where our health is concerned.

Cheap, readily available and handy in the kitchen for sautéing, deep-frying or stir-frying, grapeseed oil is currently gaining stature as an aid to good health. Thanks to the work of scientists in Tunisia, extract from grape seed and skin has been shown to prevent kidney liver and heart problems1,2,3. Only a few short years ago, before it became trendy, grape seed oil (aka grape seed or grape oil) was available only in small bottles and it was something you really had to hunt for. Thin and light, it is the perfect carrier for essential oils used in aromatherapy. Used as a cosmetic to moisturize the skin, it leaves a glossy, gossamer film.

Now that we are glugging it into our frying pans and using it in everything from salad dressing to waffles, it is available by the gallon for less than $30. According to Charradi and colleagues in Tunisia, we can glug away with a clear conscience. Grapeseed oil and seed extract (GSSE) contains powerful antioxidants.

Grapeseed oil – Good for your kidneys

Charradi and friends have been looking specifically at GSSE obtained from a particular variety of grape plant indigenous to northern Tunisia. In their experiments investigating the effect of GSSE on kidney disease caused by high-fat (HF) diets, laboratory rats were fed an HF. Low-grade kidney damage was confirmed by changes in the urine. They also found increased levels of triglycerides (a type of fatty acid), depleted levels of copper and signs of oxidative stress. Kidney damage was also visible when thin sections of tissue were looked at under the microscope. These effects were less pronounced when, in addition to the high-fat diet, the rats were fed GSSE at a dosage equivalent to 35 grams a day for a 70 kg human.

Grapeseed oil – Good for your liver

Garlic lovers may be distressed to learn that too much of it can damage the liver. The luckless rats in the Tunisian laboratory were dosed with either garlic extract, GSSE or a combination of the two. On its own, garlic extract not only caused oxidative damage in the liver, but also depleted calcium levels as well as free iron. GSSE, either on its own or with garlic extract, showed antioxidant properties and restored calcium. Reason enough for to drink a glass of red wine with spaghetti and garlic bread!

Grapeseed oil – Good for your heart

Obesity is a huge public health problem. It leads to the accumulation of fatty deposits into non-fatty tissues, the heart in particular, which causes it to malfunction. As you may have already guessed, rats exposed to a high-fat diet caused the heart to become enlarged and inflamed. These effects were reduced by GSSE.

Of course, there is nothing to say that ten or twenty years from now, scientists may be reporting that too much grapeseed oil is bad for you. In the meantime, it’s grape jam on your morning toast, grapes in your lunchtime fruit salad and a glass of red wine with dinner. And for good measure, let’s top everything off with a capsule of grapeseed extract.