Blog Home » Other Nutrients » Health Benefits of Flaxseed – A New End to an Old Fairy Tale?

Health Benefits of Flaxseed – A New End to an Old Fairy Tale? 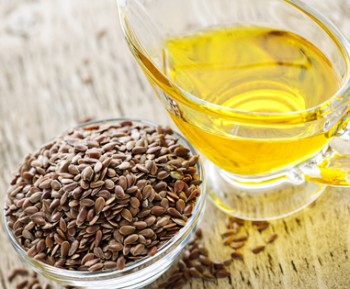 Flax. Isn’t that what the miller’s daughter in Rumpelstiltskin was forced to spin into gold1? For Generation X and younger, Rumpelstiltskin is one of Grimm’s Fairy Tales. In it, a foolish miller lies to the king, telling him that his daughter can spin flax into gold. The king shuts the poor girl in a room full of the stuff along with a spinning wheel and tells her to spin it all into gold by morning or he will cut off her head. Night after night, a troll-like creature who actually can perform the task does the spinning in exchange for something the girl values.

To learn how the fairy tale ends, you are invited to read it yourself. For most of us, that is the full extent of our knowledge of flax and the seeds from which it grows. How the story would have turned out differently if only the greedy king had known about the health benefits of flaxseed.

Flax is another name for linen and flaxseeds are therefore also known as linseeds. We are not the first to recognize its health benefits. Ancient East Indian texts claim that in order to reach the highest level of joy and contentment, yogi’s have to eat flax on a daily basis2. Charlemagne, in the 8th century, passed laws requiring his citizens to consume flaxseeds. Mahatma Gandhi noticed that people were healthier when flaxseeds were a regular part of their diet.

The magic ingredients in flaxseed

Flaxseeds are a rich source of several important nutrients.

It’s too soon to tell for sure because more high-quality clinical trials are needed, but it looks like flaxseed is shaping up to be a wonder food. Omega-3 fatty acids are thought to disrupt the connection between tumor cells and normal cells. Thus may be why it appears to help protect against certain cancers; specifically, breast, colon and prostate.

Cholesterol levels have been shown to be lower in men, but not in women, who consumed flaxseeds as a regular part of their diet4. A substantial wealth of scientific literature has accumulated implicating flaxseed in the prevention of several human diseases, among them cancer, cardiovascular diseases and enhancing spatial memory5.

It should be obvious to you by now that Rumpelstiltskin ate a steady diet of flaxseeds. That is how he was able to spin so much flax into gold in such a short period of time. The moral of this story is that we, too, might be more productive if we follow his dietary example or take a flaxseed dietary supplement and enjoy all of its health benefits.