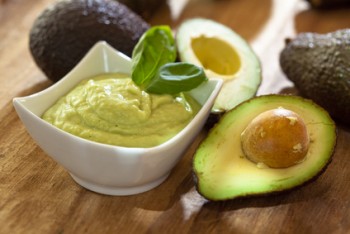 If you are looking for a way to maintain a healthy weight and reduce your risk of serious health conditions like coronary artery disease, type-2 diabetes, and stroke, a first of its kind study indicates that eating avocados can help you do just that. The study used data gathered by the Centers for Disease Control and the results of this clinical research were published in the journal Nutrition Research.1

The nutritional benefits of avocados

The research team reviewed the survey results of 17,567 adults that were over the age of 19 years and found that 347 of these adults ate avocados on a daily basis. Men and women were equally represented in the group. The average serving size that these people consumed was half of a medium-sized avocado.

The data from the survey indicated the following:

When the research team investigated the health difference between the group of subjects that ate avocados on a daily basis with the group that did not eat this fruit, they found that the people in the avocado group had a 50 percent lower risk of metabolic syndrome, which is associated with the development of type 2 diabetes.

Additionally, people who included avocados in their diet had a lower risk of stroke and coronary artery disease. Another health benefit discovered in the people who ate avocados was higher levels of “good cholesterol” when compared to the control group.

Avocados appear to help people stay slim as well. Those in the study who included this fruit in their daily diets weight seven and a half pounds less than those who did not eat the avocados and their waist circumference was an average of four centimeters smaller. They also had lower body mass indexes when compared to people who did not eat avocados.

With the multitude of benefits associated with avocado consumption, finding ways to incorporate them into your daily diet may be a smart choice.