Improve Your Vision with Lutein, Zeaxanthin and Omega-3 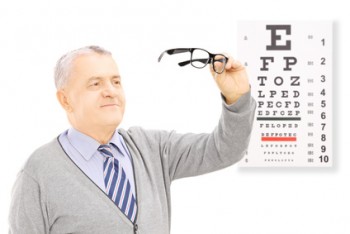 One of the many inevitable changes we face as we age is deteriorating eyesight. Age-related macular degeneration, AMD, is a major cause of visual impairment. In the United States, AMD affects an estimated 9 million adults over the age of 40.

It occurs when a part of the retina, called the macula, becomes damaged and causes an impairment of vision in the center of the visual field. The retina is a patch of light-reactive nerve cells at the back of the eye. AMD occurs in two forms, wet and dry. It is the more prevalent dry form that is associated with slow, progressive loss of vision.

Scientists in Germany have recently reported the results of a clinical trial in which daily doses of a combination of zeaxanthin and the omega-3 fatty acids EPA and DHA, together with lutein, were able to increase the amount of pigment in the macula that protects it from oxidative damage1. The main cause of this damage is high-energy visible (blue) light. After twelve months of daily supplements with these nutrients, levels of circulating macular xanthophylls had also increased, as did plasma antioxidant capacity.

What were the details of the study?

Omega-3 fatty acids were the focus of a study at Harvard University2 in which 38,976 female health professionals aged 45 or older with no history of AMD were questioned about their omega-3 intake and fish consumption and monitored for a period of 10 years. Women with the highest intake of DHA or EPA had the lowest relative risk (RR) of developing AMD (0.62 and 0.66, respectively). Furthermore, women who consumed one or more servings of fish per week had a lower RR (0.58) compared to those women who ate less than one serving of fish per week.

The lutein/zeaxanthin ingredients were evaluated by researchers in New Hampshire and reported in 20013. Study participants in greater Indianapolis completed diet and health questionnaires, had their macular pigment optical density (MPOD) assessed and donated blood samples. High dietary zeaxanthin and lutein were associated with increased MPOD.

What should you do?

The take-home message here is that consuming at least one serving of fish per week or supplementing your diet with omega-3 fatty acids along with a multivitamin that contains zeaxanthin and lutein may reduce the likelihood of becoming afflicted with age-related macular degeneration and help you preserve healthy eyesight well into your golden years.