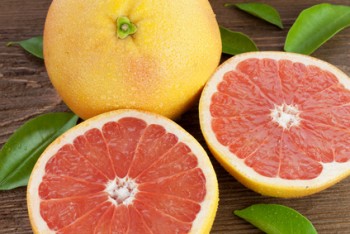 Clinical research has demonstrated that inositol improves fertility and can reduce depression. If you know someone who has challenges with fertility or is concerned about depression, share this information about the benefits of inositol with them. Some of the improvements include a decrease in symptoms associated with depression and protection against developing Alzheimer’s Disease. Additionally, clinical studies have provided evidence that this organic nutrient also prevents type 2 diabetes.

According to United States Department of Health and Human Services, approximately five million American women have been diagnosed with polycystic ovarian syndrome (PCOS), which can lead to difficulty in conceiving a child.1 Clinical studies have demonstrated that inositol helps to improve fertility with PCOS. In a double-blind placebo controlled test conducted at the University of Perugia in Italy, 92 women were diagnosed with PCOS, the group that took inositol supplements had a significant improvement in ovarian function.2 Another study from a group working at the University of Rome found that inositol also increased the success of in vitro fertilization.3

Reduce symptoms of depression with inositol

One of the benefits of inositol is that it has the potential to reduce the symptoms of depression as demonstrated in a clinical investigation by a research team from the University of Alberta in Edmonton, Canada. The team found a marked deficiency in inositol levels in the prefrontal cortex of the brain, which is the areas associated with mood regulation, in patients diagnosed with moderate to severe Major Depressive Disorder.4 New research from Harvard Medical School and the University of Toronto suggests that increasing levels of inositol in the brain also serves to protect people from developing Alzheimer’s disease.5,6

Numerous studies have demonstrated that inositol increases the body’s sensitivity to insulin. One study conducted at Lyon University in France affirmed that the people who took inositol supplements tolerate glucose much better because of increased sensitivity to insulin. The authors of the study cited their findings as further support of the premise that inositol is useful in the prevention and treatment of type 2 diabetes.7

8Clement, R.S. and Darnell, B, Myo-Inositol Content of Common Foods: Development Of A High-Myo-Inositol Diet. The American Journal of Clinical Nutrition (1980).