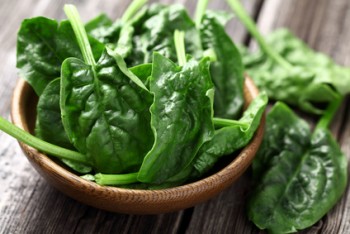 Forgetting to take your iron pill may lead to dementia later in life. Scientists from all over the United States collaborated on a research study involving 2,552 elderly adults (mean age 76.1 years) over an 11-year period. Analysis of their results showed that anemia may be a risk factor for dementia in older adults.

Anyone over the age of 40 has Barbie doll or Homer moments when they forget where they put something or walk into a room and don’t remember what they went in there for. Because it doesn’t affect our daily lives, we chuckle, commiserate and move on. Dementia is more serious than this. Dementia is characterized by chronic or persistent memory loss, personality changes and impaired reasoning.

One way of defining dementia is by the region of the brain that is affected. There are two broad categories, cortical and subcortical. The brain cortex is the outer layer of cells in the brain. These cells are involved in thinking abilities like language and memory. Creutzfeld-Jacob disease (sometimes incorrectly referred to as human mad cow disease) and Alzheimer’s disease are two examples of cortical dementias.

Subcortical dementias, as the name implies, involve areas of the brain located beneath the cortex. Here, language and memory problems do not present themselves but show changes in the speed of their thinking and have problems initiating activities.

Anemia results when the number of red blood cells decreases below an optimum level or when levels of hemoglobin, the iron-containing protein that ferries oxygen around in the blood, dips below a certain level. It is not clear at the moment how anemia could contribute to dementia. It may simply be a marker for poor general health or maybe the consequent low oxygen levels in the brain have a role to play. Low oxygen levels decrease memory and thinking abilities and may also play a role in neural cell damage.

Of the 2,552 adults who entered the study, 15.4 percent (392) were anemic at the start of the study. 17.8 percent (455) developed anemia. Those patients with baseline anemia had a 6 percent higher risk of developing dementia (23 percent versus 17 percent) compared to those who were not anemic at the beginning of the study.

Anemia was defined using WHO criteria (less than 13 g/dL for males and less than 2 g/dL for females). Dementia was assessed by hospital records, use of medication for dementia or a change in the Modified Mini-Mental State (3MS) score of 1.5 standard deviations from the mean.

Everyone from Baby Boomers to Generations X, Y and whatever comes next can protect their brains from the negative effects of aging by eating an iron-rich diet or taking iron supplements. The Mediterranean diet, consisting of oily fish, vegetables, fruit and the occasional glass of red wine is recommended here. Not smoking and regular exercise also contribute to a healthy lifestyle. However if you find that your iron levels are still too low, adding a good iron supplement to your daily regimen may be a good solution.