Blog Home » Vitamin Benefits » Is the Cyanocobalamin Form of Vitamin B12 Toxic?

Is the Cyanocobalamin Form of Vitamin B12 Toxic? 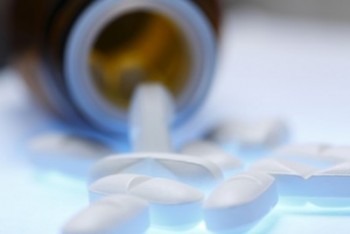 Unfortunately, during absorption by the digestive system, cyanocobalamin has a disturbing tendency of releasing cyanide, which in high quantities can be a powerful poison. Because of this we are frequently asked if supplements containing cyanocobalamin are toxic and should be avoided.

How does cyanide work?

Cyanide exerts its toxic effect by inhibiting a mitochondrial enzyme called cytochrome c oxidase1. If you have ever applied cyanide to frog skin in biology class, you would see that the effect is almost immediate. This effect is known as histotoxic hypoxia because the cells are unable to get oxygen. If inhaled, cyanide causes a coma with apnea, cardiac arrest and seizures with death occurring within minutes. Amyl nitrate is the antidote of choice, followed by intravenous sodium nitrite and then sodium thiosulfate. It is interesting that decreasing supplies of laboratory amyl nitrate in the first aid kit often do not tally with the number of accidental cyanide incidents, but that is a whole different story.

Is the cyanocobalamin form of vitamin B12 harmful? Let’s do some arithmetic and find out. This should be easy as other people have done most of the hard work for us.

Cyanocobalamin toxicity – How much is too much?

Based on the 2 percent rule, ingesting 1 mg of cyanocobalamin would release 20 micrograms of the poison into the bloodstream. For an average person who weighs 70 kilograms, 70 milligrams of cyanide can lead to a fatal poisoning. In order to get this amount of cyanide, that person will have to ingest 7 kilograms of cyanocobalamin or approximately 3,500 vitamin B12 tablets in a single day.

What about natural sources of cyanide?

You may not know this but cyanide is a naturally occurring substance which is present in the seeds of many fruits, such as apples, peaches, mangoes, and bitter almonds4. In order for these seeds to release cyanide in your organism, they have to be cracked open and ground to powder.

For example, the amount of cyanide poison contained in 100 grams of apple seeds is 70 milligrams. Since the average apple seed weighs 0.75 grams, it would take 134 apple seeds to get a lethal dose. If the average apple contains 8 seeds, then 18 ground apple cores, seeds included, can be potentially fatal. If you are making yourself a fruit smoothie, it would probably be a sensible precaution to remove the apple cores before placing them in the blender.

So which one is more dangerous, apple seeds or cyanocobalamin supplements?

So the answer to the original question is yes, the cyanocobalamin form of vitamin B12 is toxic but, in practical terms, it would be very difficult to ingest enough to do any serious harm. That being said, it doesn’t hurt to consider using a multivitamin that contains a safer form of vitamin B12, such as methylcobalamin or adenosylcobalamin (a.k.a. cobamamide).

2Charrondiere U, et al. 5’-deoxyadenosylcobalamin and methylcobalamin as Sources for Vitamin B12 Added as a Nutritional Substance in Food Supplements[1] – Scientific opinion of the Scientific Panel on Food Additives and Nutrient Sources added to food. The Journal of EFSA 2008.