Blog Home » Multivitamins » Can a Multivitamin with Phosphatidyl L-Serine Help Children with ADHD?

Can a Multivitamin with Phosphatidyl L-Serine Help Children with ADHD? 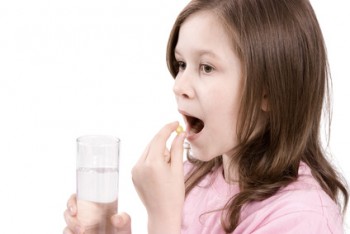 Individuals with attention-deficit hyperactivity disorder (ADHD) have difficulty in effectively filtering the constant barrage of stimuli received day in, day out. Consequently, they lose focus as they attempt to pay attention to too many things at once. Children and young adults with ADHD frequently display the following symptoms:

While ADHD is typically regarded as a disorder of childhood and adolescence, an adult variant, primarily inattentive attention deficit disorder, has also been described1. While the most commonly used drugs prescribed for ADHD, methylphenidate (Ritalin) and dexamphetamine (Dexedrine), their use is highly controversial. For starters, both are Schedule II controlled substances. This means they have a recognized medical value but also a high potential for abuse.

Then there are the side effects associated with each drug. Dexamphetamine has the potential to cause amphetamine psychosis, even at therapeutic doses. Methylphenidate, on the other hand, may help youngsters to relax but it has the opposite effect in adults; it increases activity. This is called a paradoxical effect and is a known side effect of many psychoactive drugs.

In a search for safer alternatives to conventional pharmaceuticals, a cohort of scientists in Japan, Germany and the United States have reported that a naturally-occurring molecule, Phosphatidyl-L-Serine, may improve symptoms in children2. Other nutrient deficiencies that have been observed in people with ADHD include the metals selenium and zinc; the sulphur-containing amino acid, methionine and omega-3 fatty acids.

What is Phosphatidyl L-Serine?

Phosphatidyl-L-Serine belongs to a class of biological molecules called phospholipids, which are basically polyunsaturated fats with a lump of phosphorus attached. Phosphatidyl-L-Serine is found in every cell of the body where it is an essential component of cell membranes. More critically, it plays a pivotal role in the transmission of information between cells in the brain.

In a double-blind, randomised, placebo-controlled trial of Phosphatidyl-L-Serine in children with ADHD between the ages of 4 and 14, Dr. Hirayama and colleagues observed that this nutrient significantly improved symptoms of ADHD and short-term auditory memory. Similar results have been observed in other conditions, such as age-associated memory impairment and cognitive decline, Alzheimer’s Disease, depression and chronic stress/hypercortisolism3.