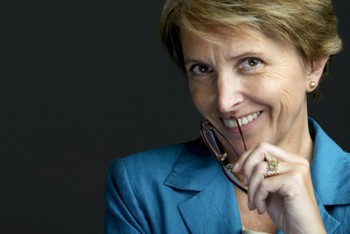 When you reach middle age, you might notice that it is difficult to remember people’s names or to find your car keys. These symptoms of mild cognitive impairment commonly develop because of the aging process that occurs at the cellular level.

As you age, the ends of your chromosomes, called telomeres, shorten and when they eventually disappear, the cells die. While the memory difficulties associated with cellular death do not usually progress to dementia or Alzheimer’s Disease, they do in some people according to experts at the University of San Francisco Memory and Aging Center1.

Fortunately, an Australian research team just released the results of a pilot randomized controlled study that provides evidence that omega-3 supplements reduce the rate at which telomere shorten, which prevents age-related death of cells in the brain2.

Omega-3 supplements slow down the aging of brain cells

Epidemiological research conducted at the University of California at San Francisco found in a study of 608 people diagnosed with coronary heart disease, who had elevated levels of omega-3 fatty acids, that they did not experience as much telomere shortening as those who did not have a high level of omega-3 in their system. The research scientist use fasting blood tests to determine telomere length at the beginning of the study and five years later when the study ended. The team noted these results needed confirmation in a controlled clinical study3.

The scientists took blood samples at the start and finish of the six-month study to measure telomere length. The results of the data analysis showed the subjects who took supplements with omega-3 fatty acids did not experience the significant telomere shortening found in the group who took the omega-6 supplements. This preliminary evidence suggests omega-3 fatty acids protect brain cells from the effects of aging.

In addition to protecting your brain from the effects of aging, omega-3 fatty acids also help people experiencing depression, reduce the risk of heart disease, and it is used to treat rheumatoid arthritis. Ensure you enjoy all these health benefits by including omega-3 supplements in your daily health regimen.