Reduce Your Risk of Stroke and Heart Attacks with Vitamin B1 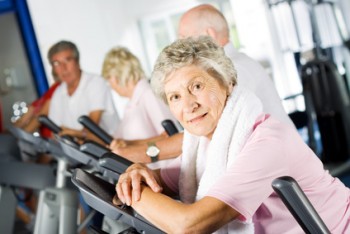 If you are like most people, you want to do everything possible to reduce your risk of stroke, and you have good reason to do so. According to the Centers for Disease Control and Prevention, approximately 750,000 people in the United States have strokes each year and in 130,000 of them, the stroke is fatal. Once you have a stroke, which is the number one cause of serious long-terms disability in the United States, your risk of having another increases by 25 percent.1

Xu Yuming and a research team at Zhengzhu University in China conducted large-scale analysis collected from more than 55,000 people, during a three-year period, to determine if vitamin B1 reduces homocysteine levels and decreases the subject’s risk of stroke. The results of this study, which are published in the journal Neurology, found that people who took B1 supplements had 7 percent fewer strokes than people who took placebos.

Yuming and his team attributed the significant reduction in strokes to vitamin B1 reducing the subject’s levels of homocysteine. The team also discovered that vitamin B9, also known as folate, had similar effects, but vitamin B12 did not.3 Given the large size of the data pool, the results of this data analysis provides robust clinical evidence that you can significantly reduce your risk of stroke by ensuring your body has sufficient levels of vitamin B1.

According to a vitamin B1 fact sheet published by the University of Maryland Medical Center that cites 19 clinical studies, vitamin B1 improves your immune function, which is especially important during the cold and flu season. Additionally, you need to ensure that your diet and nutrition regime contains at least the minimum recommended daily allowance of vitamin B1 in order to keep your eyes, cardiovascular system, and nervous system healthy.4 The National Academy of Science reports that you need to have at least 1.1 to 1.4 milligrams of vitamin B1 every day5.

Given the importance of vitamin B1 in reducing your risk of stroke, as well as many other health benefits, you cannot rely on diet alone to ensure your body has enough of this essential nutrient. Make sure you include vitamin B1 supplements in your daily health regimen.

2McCarty, M. & Thomas, C. The Vascular Toxicity of Homocysteine and How to Control It (1999). Retrieved from http://lpi.oregonstate.edu/f-w99/vascular.html.