Blog Home » Diet & Health » Get Off Your Butt! Sitting for More than 4 Hours a Day Is Bad for Your Health

Get Off Your Butt! Sitting for More than 4 Hours a Day Is Bad for Your Health 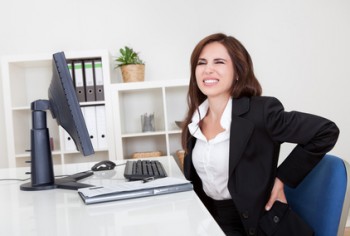 That’s right. Sitting is bad for you. So lie down and read what the scientists have discovered while you have been dangerously sitting at your computer.

Professor Richard Rosenkranz and colleagues at the University of Western Sydney, studied the relationship between time spent sitting and chronic disease in 63,048 males between the ages of 45 and 641. They found that longer periods of sitting time were associated with diabetes and other chronic diseases such as high blood pressure, cancer and heart disease. These results were independent of physical activity. Before you start poking fun at the slovenly Australians, note that similar results were observed in men and women of Mexican origin2. Soon, they may come looking for you.

How much sitting time is too much?

According to the study in Australia, a maximum of four hours a day appears to be the safest length of time to spend sitting. Study participants who sat for longer than four hours a day reported more diabetes and a higher incidence of other chronic diseases that were examined by Professor Rosenkranz and his colleagues. Findings were the same irrespective of height, weight, education, age, income or level of physical activity undertaken.

Participants in the Mexican study were 80 percent female. In this study, researchers were looking at obesity, diabetes, high blood pressure and cholesterol. In all four health hazard factors, people who sat for longer than four hours a day fared worse than those who sat for only one or two hours per day.

How can you reduce the health hazard if you are in a sedentary job?

You probably already knew that exercise was good for you. Now, it turns out, sitting is bad for you. What does this mean for the world’s sedentary workers? Neither study indicated whether the dangerous four hours of sitting took place all in one session or if it was broken up throughout the day. It is possible that sitting for one hour, then getting up for five or ten minutes of exercise is sufficient to reduce the risk. Walk up and down the stairs to the coffee room instead of using the lift or walk the long way around the office to reach the photocopier.

The results of these two studies are just as relevant to truck drivers as they are to office workers so you, too, should look for strategies to break up long periods of sitting and staring at the road. Park farther away from the coffee shop or walk around for a few minutes before sitting down for a strong cup of coffee and a slice of apple pie.