Do You Know What’s Your Sodium Rhythm? 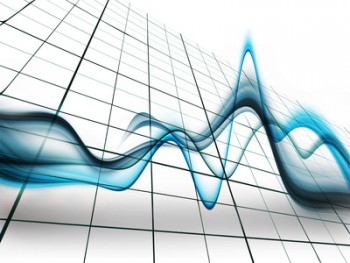 You might be wondering what rhythm has to do with your intake of dietary sodium. You might already be aware that retaining the proper balance of sodium in your body is absolutely critical in managing blood pressure and controlling the function of your body’s muscles. Traditional medical wisdom has held that the right balance of sodium in the bloodstream can be achieved by balancing intake of sodium with excretion, especially in the urine. However, a new study published in the scientific journal Cell Metabolism has revealed that levels of sodium in the body actually rise and fall rhythymically, over the course of a number of weeks. This rhythym is independent of dietary salt intake.

This means that whether or not you are restricting your sodium intake and avoiding salty foods, these dietary choices may have less effect on the levels of sodium in your body than previously thought. The unique experiment, which studied astronauts taking part in simulated space flights, has challenged previously held beliefs that sodium levels in the body must be maintained within very narrow limits.

What does this mean for you? Well, one conclusion is that if you really want an accurate measure of your salt intake, the salt excreted in your urine must be measured over a long time period. Although this method isn’t feasible for everybody, another take-away from this is that there are more factors that control the levels of sodium in your body than dietary intake. Although you are best off avoiding excess salt, scientists have tentatively concluded as a result of this study that it is hormonal factors in particular that control sodium levels.

Past human studies have revealed that when your dietary intake of sodium increases, your body expels it quickly through the urine. A hormone called aldosterone causes sodium to be retained in the kidneys, as well.

The researchers who undertook the recent research were led by Jens Titze, of the Vanderbilt University School of Medicine. Titze and his team took advantage of a unique opportunity to study the twelve male participants of the Mars105 and Mars520 studies. These two groups of men spent 105 and 520 days respectively in a simulated spaceship environment in Russia. When the amount of salt that the men took in was kept constant, both sodium secretion and the levels of aldosterone, as well as the levels of another hormone, cortisol, fluctuated together in weekly cycles.

So, a study on mock astronauts has led scientists to believe that cortisol and aldosterone work together in tandem to regulate sodium levels in the body. I wouldn’t reach for the salt shaker yet, but isn’t it interesting when things are more complex than previously thought?