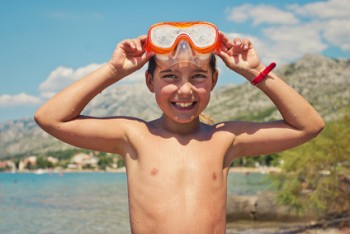 A review of pre-existing dental studies on the importance of vitamin D to help prevent tooth decay was published in the latest edition of Nutrition Reviews. The study presents an overview of the clinical trials dating back from the 1920’s to the 1980’s. The result of the studies showed that high vitamin D levels led to a 50% reduction in the occurrence of caries caused by tooth decay.

The link between vitamin D and tooth decay was recently brought to light by Dr. Phillippe Hujoel from the University of Washington, who summarized the old findings and gave them another review from a fresh perspective.

While it is known that vitamin D plays a part in general bone health, it has been frequently disputed on whether or not the vitamin can help prevent tooth caries. For example, in 1950 the U.S. National Research Council along with the American Medical Association both agreed that vitamin D was helpful in preventing tooth caries, but the American Dental Association disagreed, even though they were presented with the same findings. Later in 1989, the National Research Council considered the role of vitamin D in preventing tooth decay an unresolved issue, and nothing has been decided since.

Dr. Hujoel strongly disagrees with these inconsistencies, and through the data he reviewed it was shown that an increased dose of vitamin D through UV radiation or through supplemental products like cod oil, which contain the vitamin, proved to be extremely beneficial in preventing tooth decay.

The experimental trials were all performed under appropriate settings within several different countries. There were approximately 3,000 subjects, who were all children between the ages of 2 and 16.

Although the findings can be seen as debatable, since they were performed so long ago and under completely different surroundings, Hujoel does maintain that vitamin D plays an essential and positive role in the mineralization of teeth and bones.