Why Zinc Supplementation Becomes More Important as We Age? 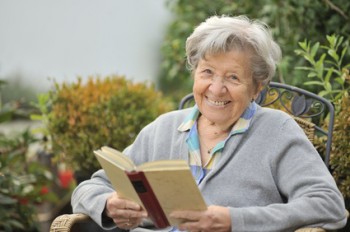 As we age, dietary supplementation of zinc plays a role in preventing cancer, supporting the immune system, and controlling the inflammation that is associated with many health problems, including autoimmune disorders and diabetes. The cells that constitute the immune system are particularly vulnerable to zinc deficiency. Zinc plays an essential role in the protection of these cells against oxidative stress. It also helps to repair DNA damage.

A recent study, published this year in The Journal of Nutritional Biochemistry has highlighted how important zinc supplementation is in the diet. Previous investigations by the same group of researchers reported that in studies using both humans and animals, zinc deficiency can lead to DNA damage that is in turn linked to a higher risk of cancer. The most recent study, carried out in 2012, has linked zinc deficiency with systemic inflammation.

Based on their findings in an animal study, the researchers discovered that the mechanism by which zinc is transported is interrupted and hindered by age-linked epigenetic changes, or changes in DNA structure. Zinc deficiency in these pathways can lead to a greater rate of DNA methylation and histone modifications that are, in turn, related to the development of cancer.

The transportation of zinc was significantly disregulated in older animals. Testing showed that they were deficient in zinc, and had an escalated inflammatory response, even though the diet of the animals supposedly contained ample zinc. However, when the animals were dosed with around ten times the dietary requirement of zinc, the evidence of inflammation was restored to the equivalent of a younger animal.

Why should you consider zinc supplementation?
Further studies have shown that approximately 40 percent of aged or elderly Americans are not obtaining adequate zinc from their diets. Older people are most rapidly expanding population in the United States, and they are a population which is extremely likely to experience zinc deficiency. Not only do elderly Americans not gain enough zinc from dietary sources, but they often do not absorb it as well, either. Risk of zinc deficiency increases with age, and is associated with a decrease in the body’s ability to restore genetic damage, along with an increase in damage. This results in a “snowball” process that contributes to cancer risk, as well as the runaway inflammation that has been connected with cancer, arthritis, and dementia, as well as heart disease.

That is why a high-quality zinc supplement can be an important part of your supplementation regimen. An excellent product which we recommend is Optizinc by Source Naturals. It delivers zinc in the form of Zinc Monomethionine which is more bioavailable and easily absorbed by your body than regular zinc.